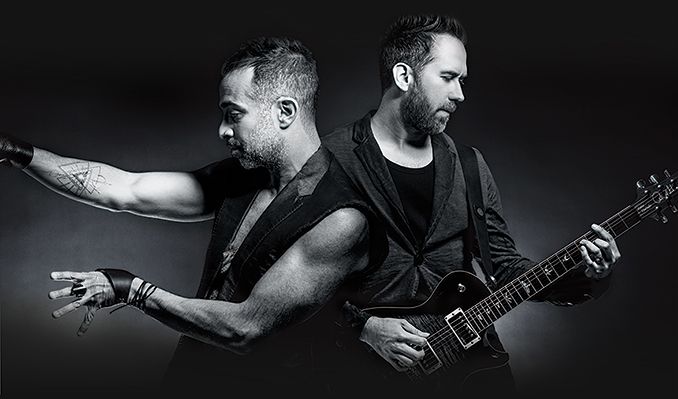 Founded by multiple award-winning composer and producer Mario Domm (TorreÃ³n Coahuila), Camila was born one day while recording Reyli's first album when Samo (Veracruz) was called in to do the back-ups. When tested, his timbre, power and tuning impressed Mario so much that he invited him to work in a new ensemble where their voices would compliment each other. Having just one piano, they decided to add a guitar. The first to come to auditions was Pablo Hurtado (San Luis PotosÃ­). The rest of the story would write itself live, backing up compositions for a first album that would go on to win multiple awards, Todo CambiÃ³. Parallel to this and in a curious way, Camila's name would fortunately come up to be filled with meaning, thanks to its alliance to Sony Music and Westwood Talent. As such, with the thought of doing 30 concerts in the Mexican Republic during 2007, Camila did not imagine that the success of its singles AbrÃ¡zame, Coleccionista de Canciones and Todo CambiÃ³ would take them to more than 300 performances over the course of two years.

Without a doubt, the formula to this trio is how well they compliment each other. Having experiences in the Nokia theaters in New York and Los Angeles, and the Coliseo in Puerto Rico, all over Central America and at the Barquisimeto, in Venezuela (where they packed 100 thousand people), in multiple forums in Colombia, at the Ferro and the Gran Rex in Argentina, and finally at the ViÃ±a del Mar Festival in Chile, Camila never dreamed of a better closing to their cycle.
Keeping in line with the title of their song, Todo CambiÃ³, life changed for Camila during their inaugural tour.

Camila Band Members
Mario Domm
Having total consciousness of his mission in life, this composer and producer knows how to always invite reflection on love from innovative points of view. This is what Kalimba, Reyli, Alejandra GuzmÃ¡n, Paulina Rubio, Alejandro FernÃ¡ndez and Thalia believe, having contracted him as musical creative on numerous recordings. In the same way, working on these and other projects, like Sin Bandera, Domm has become one of the most prominent producers in Mexico, something that he particularly highlights in Camila. Having the philosophy of not abusing technological resources for the sake of believing that a song pretty much births itself, and that being a good producer means being able to tell that fine line between both worlds. This idea has made him winner of the following awards: Six SACM (Song Most Played on the Radio) Awards for different compositions written for Alejandra GuzmÃ¡n, Kalimba and Camila; two Billboard awards; three Lo Nuestro awards; five GRAMMY nominations in four different categories (engineer, producer, composer, and musician); four MTV awards and five ASCAP awards for the Most Played Latin Pop Song on US Radio.

Samo
Choir member at a church from the time he was five-years-old, Samo saw how each Sunday that space of Veracruz transformed into his very own Auditorio Nacional. Pushed by his parents and siblings, he later aimed to become an opera singer, and finally was recognized as one of the 100 Best Voices of Mexico in a talent contest. As such he arrived in DF. He was back-up singer for artists like Reyli, which he met Mario Domm through. Presently he is vocal figure and he is evolving as a composer:

Pablo Hurtado
A graduated producer and audio engineer from the Fermatta School of Music, Pablo was born in San Luis PotosÃ­, at the heart of a musical family. He started playing the piano at age five. His father introduced him to the guitar during adolescence and thanks to The Beatles, Brahms and AndrÃ©s Segovia, he learned the love for sound quality. He went on to have cover bands and play in musical theater. At age 21, in dire circumstances, he arrived at DF to study his bachelor degree, which he finished with a scholarship for his high achievements.
Read More

TwitterOfficial WebsiteMySpaceFacebook
*Service and handling fees are added to the price of each ticket.
Postponed